The magic ship of Christmas has been a part of the Christmas scene in Morgan Hill since 1976! Troop 799 Scoutmaster Dan Gregg and scoutmaster John Espinoza found a float that had been built by the Knights of Columbus in San Jose for a parade. They wanted a parade float for the scouts to use in the Morgan Hill holiday parade. The 2 parties got together, some paint, and lights, and thus The Magic Ship of Christmas was born.

The ship is powered by a 1963 Studebaker Lark. There is not much of the original car left under the deck. A “3 on the tree” transmission, which has been rebuilt several times over the years, and the 2.8L V6, 90HP, engine keep the ship move the ship from port to port during the Holiday season. We will be posting more history here as we gather it. I think everyone in the Morgan Hill area can agree that the Magic Ship of Christmas has certainly been a very unique part of the Christmas Culture here. We now have adults who grew up visiting with Santa on the ship bringing their own kids to visit Santa. It is our privilege and honor to keep this Holiday tradition alive in South County.

Here are a couple samples of old images we have found. We will be soliciting for more through our Facebook page. 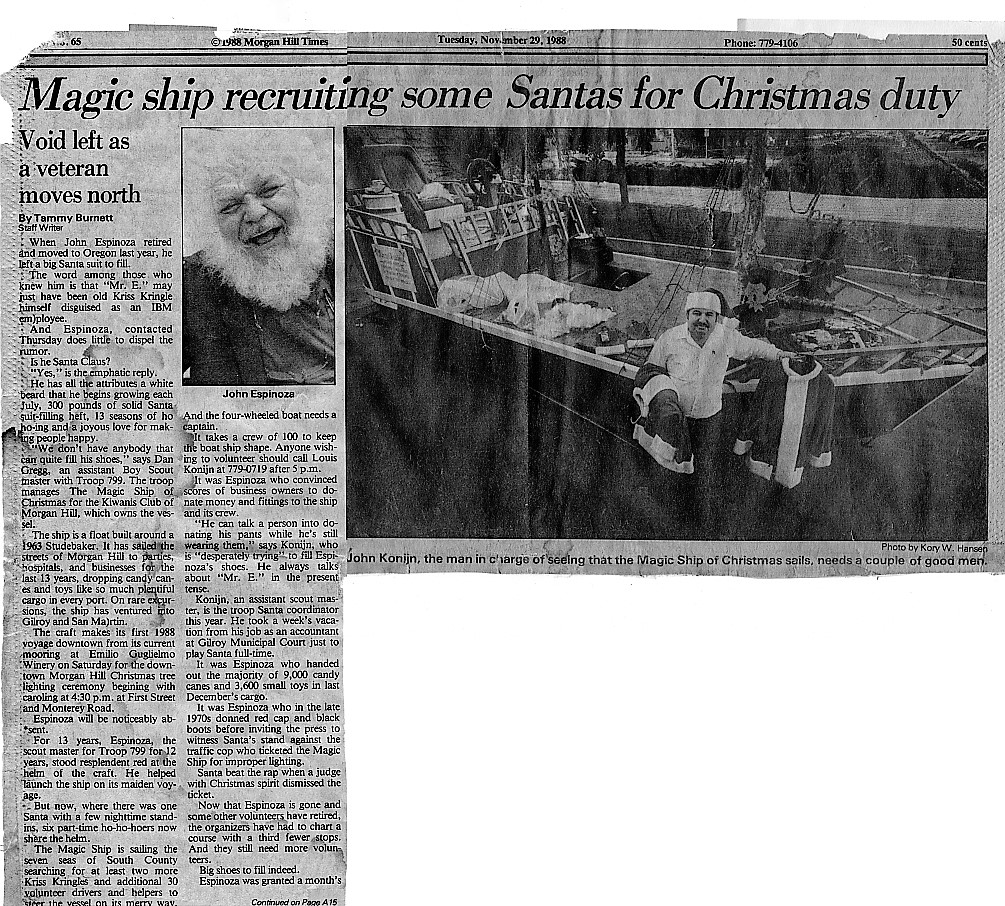 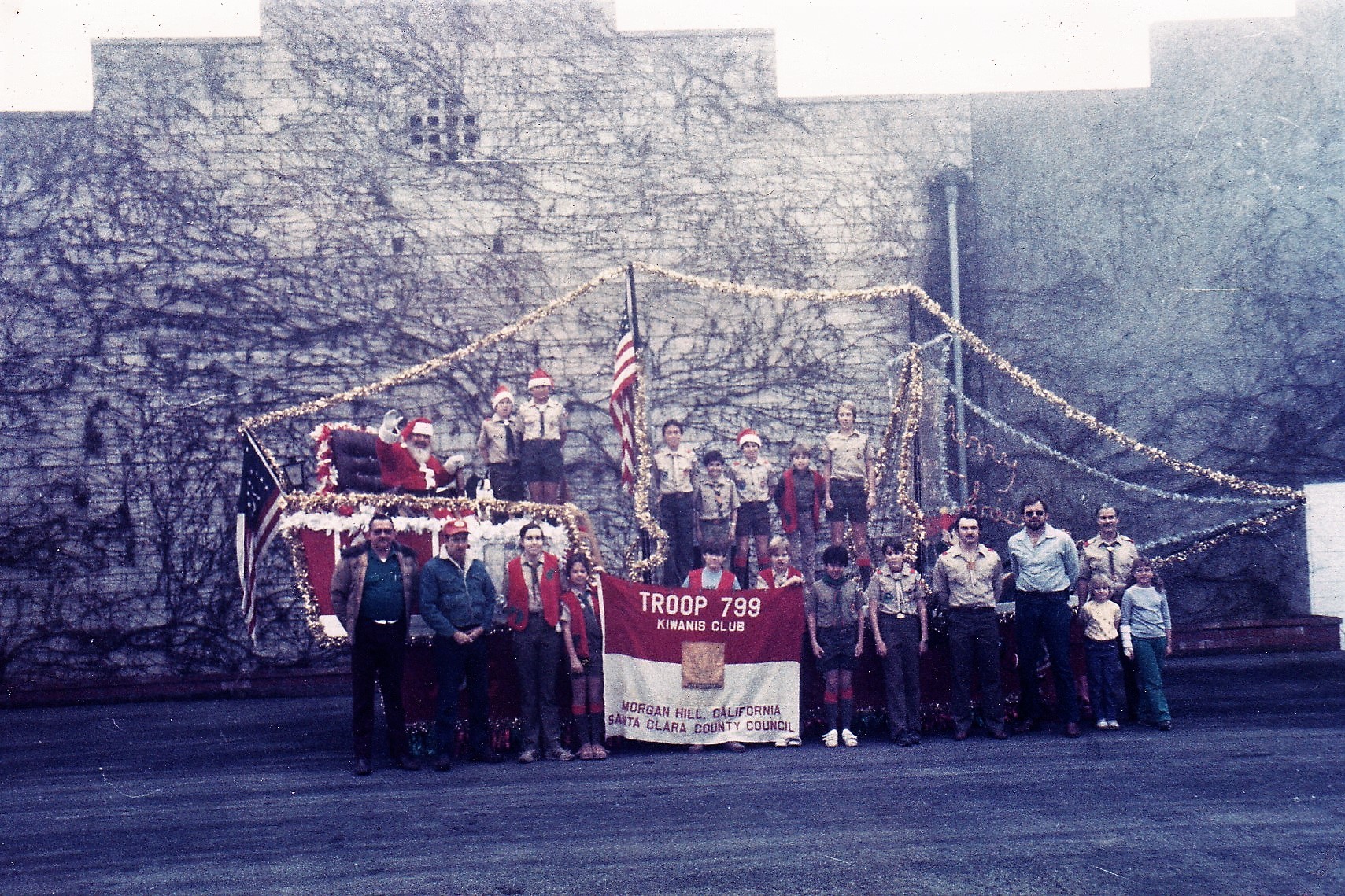